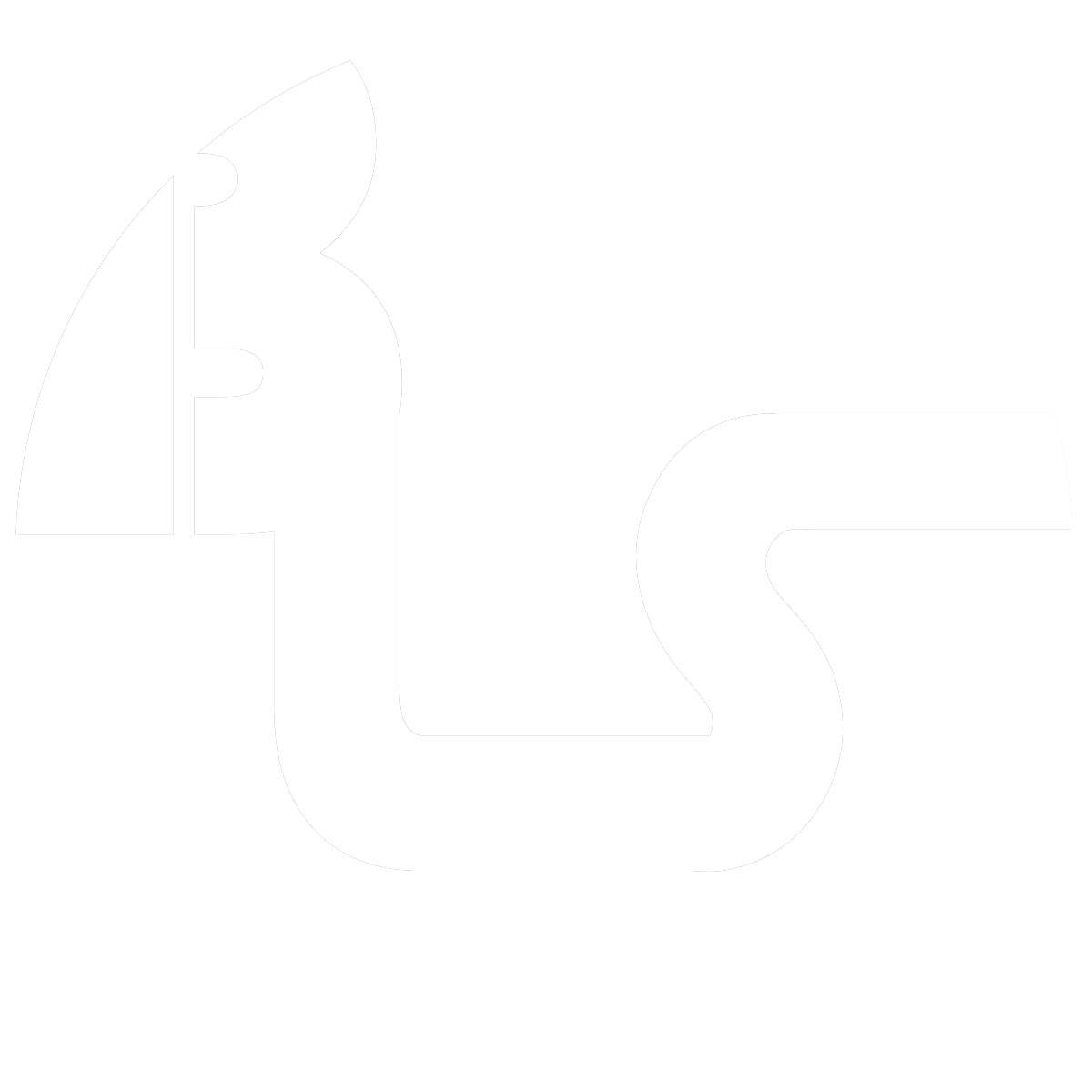 Your Creativity is our Passion

Bringing your music to life one note at a time

Your Creativity is our Passion

Bringing your music to life one note at a time 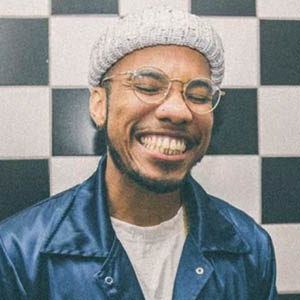 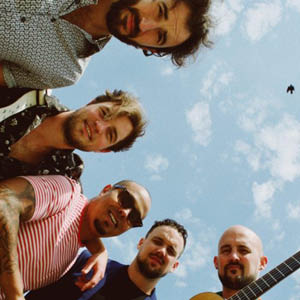 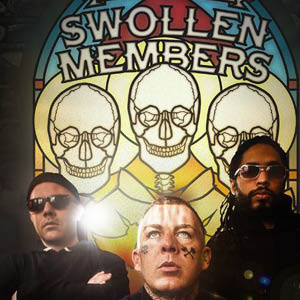 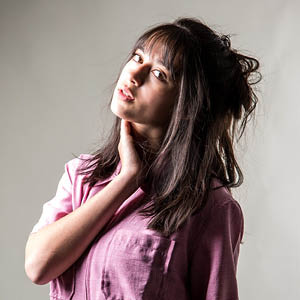 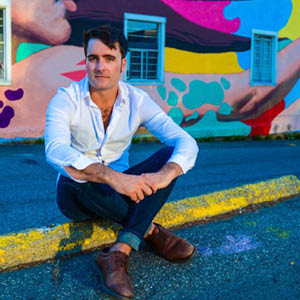 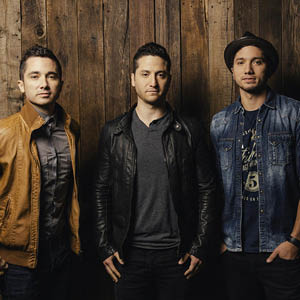 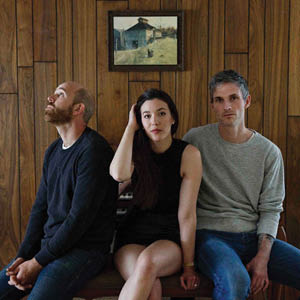 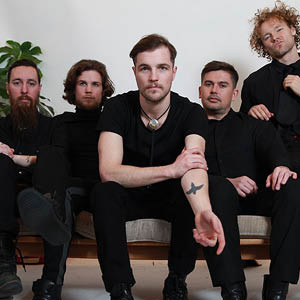 What are people saying about Blue Light Studio?

Blue Light Studio
4.9
Based on 91 reviews

James Gill
20:14 27 Dec 22
Excellent facility and great staff. I personally find it a fun venue when they host an audience friendly recording... session or podcast. I will be back.read more

Paul Filek
20:43 26 Jul 22
I have a lot of love for Blue Light Studios! I've recorded two promotional videos there over the past couple of years... and I'm so happy with how the audio and video turned out. It has been a pleasure working with Kaj , Pherbie, and the team!Here are five things I love about Blue Light Studios:1) They are extremely friendly and easy to work with.2) The studio is beautiful and has an epic vibe.3) They use top-of-the-line equipment.4) Easy communication and quick response to edit requests.5) The final product is polished, professional, and well worth the investment.Thank you Blue Light Studios.I look forward to recording there again!read more

Raptor Mac Manic
04:49 26 May 22
I worked with Nick as my engineer and he's awesome, and we build a great work relationship.The mic quality at this stu... is bomb and the people are friendly I would recommend it to anyoneread more

Clare Twiddy
06:52 18 Jan 22
I only have good things to say about this team! Recording with them is a dream, Pherbie and Kaj are both wonderful... engineers with a great vibe. Not only do they offer impeccable audio services but they also offer exceptional video services. Love working with Blue Light 🙂read more

Taka Shimojima
07:05 11 Sep 21
Great recording studio with awesome staff. Pherbie is the best! He makes you feel relaxed and comfortable while also... doing a great job in the booth. I've been here a few times now and would highly recommend it to others!read more

mama sio
05:17 20 Mar 21
I went to one of the blue light music nights at the Studio.I had never heard of it, but it was awesome.Good music, a... relaxed vibe, a clearly close community. I felt like I'd snuck in on a giant family dinner.Blue note studio is a recording studio. It's not meant to host large events and that's what made the experience great. A huge back deck and 50 people, or so, milling about having conversations in little corners. It was very mellow and relaxed.I'll be looking out for more events there.read more

Guy Wilkins
07:43 21 Dec 19
The Blue Light Sessions is a brilliant showcase for artists. I was first drawn to perform because the reputation, sound... and video quality is unparalleled for an intimate live session recording in Vancouver. After performing, I can confidently say that the venue is amazing for artists and fans of live music alike. The opportunity to be in the recording room with your favourite band or as a band, being right up close with your fans is a transcending experience. The staff are lovers of live music and really work hard to make this experience flawless and enjoyable with a great product to walk away with. Added bonus, the back patio and fireplace is killer. Overall highly recommend this venue.read more

Carmanah Hornsey
00:27 21 Dec 19
Blue Light Sessions are great! I love the intimate atmosphere and the people. The patio out back is super cozy, fun,... and unique. The team always books great music, so I love that I can show up and hear new music that I may not have heard of. Thanks, Blue Light!read more

Micheal Nguyen
22:06 30 Mar 19
5/5. Joey was very accommodating in every way possible. As I am not an expert and don't know much about vocals, he... explained every question I had in detail and my session never felt rushed. Highly recommended as he has alot of experience as an Engineer. Would love to work with him again. Keep up the good work guysread more

What are people saying about Blue Light Studio?

Send us a message and hear for yourself

What we do at Blue Light Studio 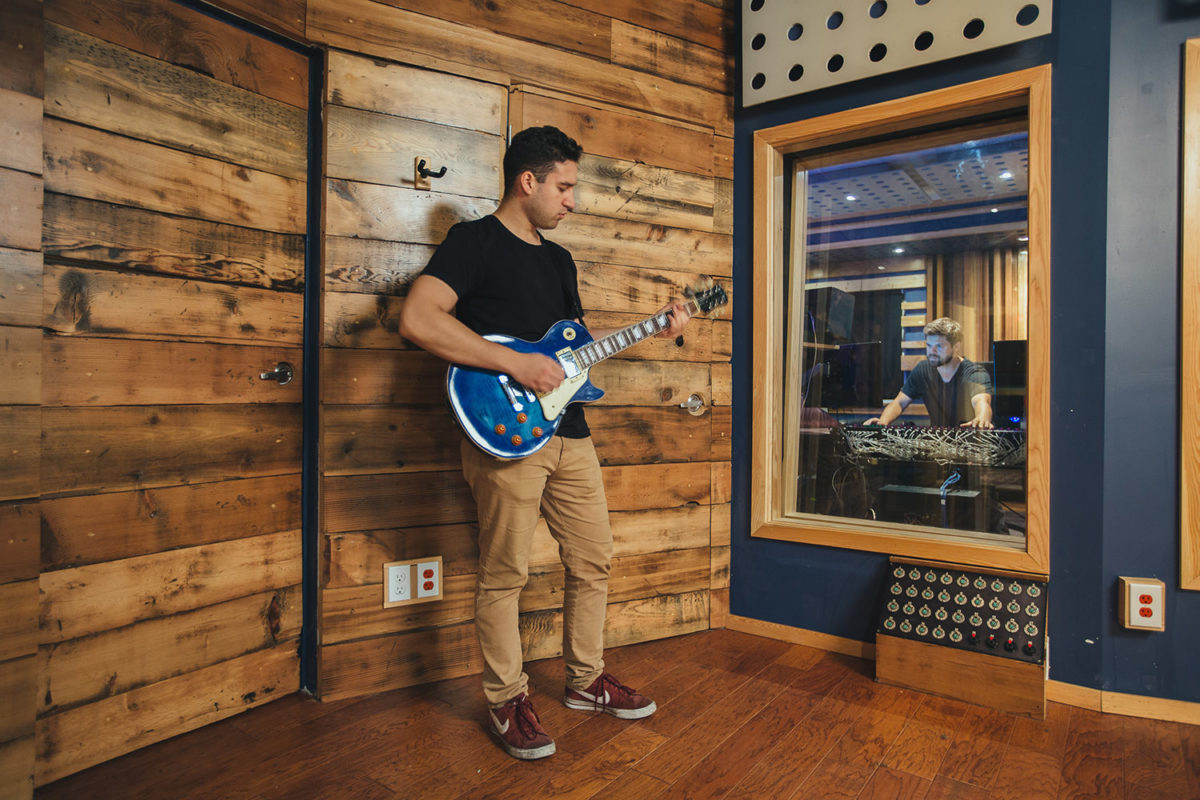 Blue Light Studio is a full-service Professional Recording Studio located in the heart of East Vancouver.

All our Producers, Engineers, and Interns are musicians and avid music lovers. We believe in creating an environment that enables artists to create their best music possible. We are very passionate about bringing your vision to life and work hard to uphold the highest sonic quality possible while doing it.

Thank you Creative BC for supporting us in building our Beat Box studio and your ongoing support for everything we've done and in the music industry in general! We admire your dedication to this industry and the great support you give to people like us.

What we do at Blue Light Studio

Blue Light Studio is a full-service Professional Recording Studio located in the heart of East Vancouver.

All our Producer, Engineers, and even Interns are musicians and avid music lovers. We believe in creating an environment where you, the artists, is comfortable to create your best music possible. We are very passionate about bringing your vision to life, and we work very hard to uphold the highest sonic quality possible while doing it.

Who is Blue Light Studio? 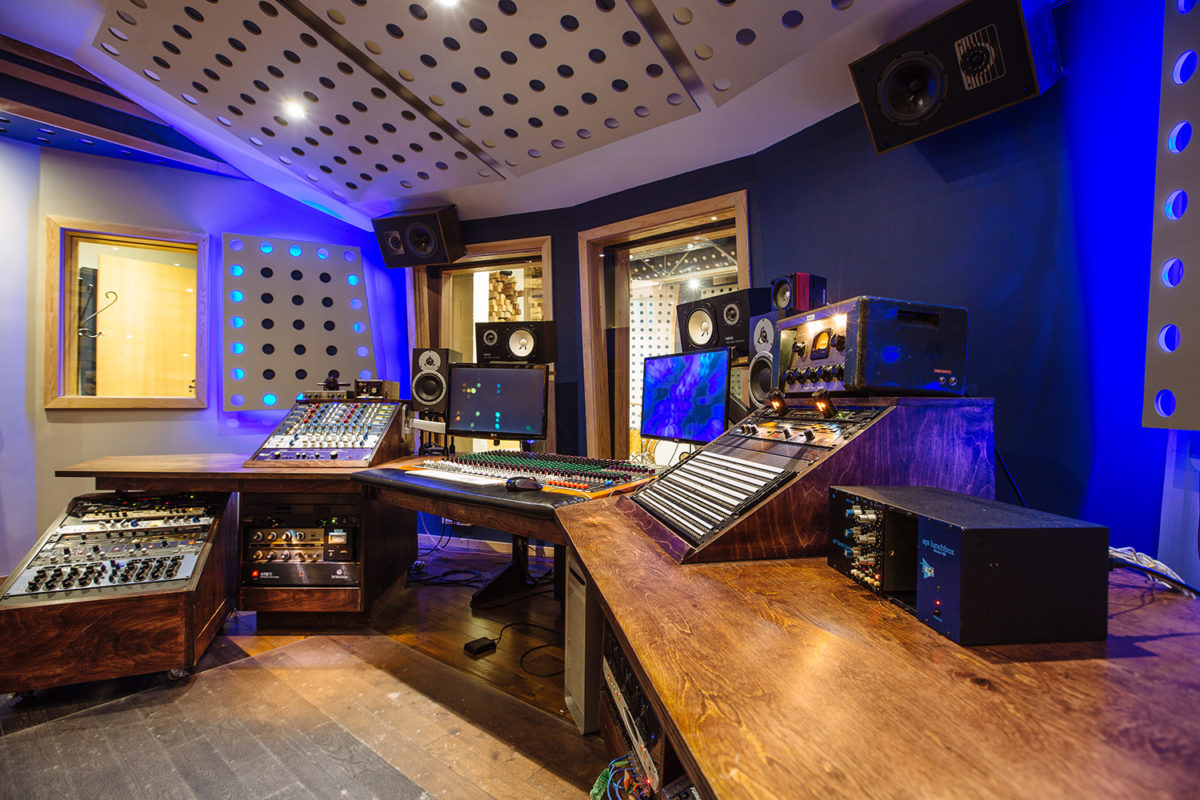 Blue Light Studio opened its doors to the public in 2010. Since then we have had the pleasure of recording hundreds of talented artists, both local and international. Some of these include: JP Maurice, The Boom Booms, Folk Roadshow, Boyce Avenue, as well as Carmen and Camille.

In 2015 the construction of our current location began, it is a custom designed space with two recording studios, three production suites, a kitchen, lounge, and patio to enjoy Vancouver mountain views. 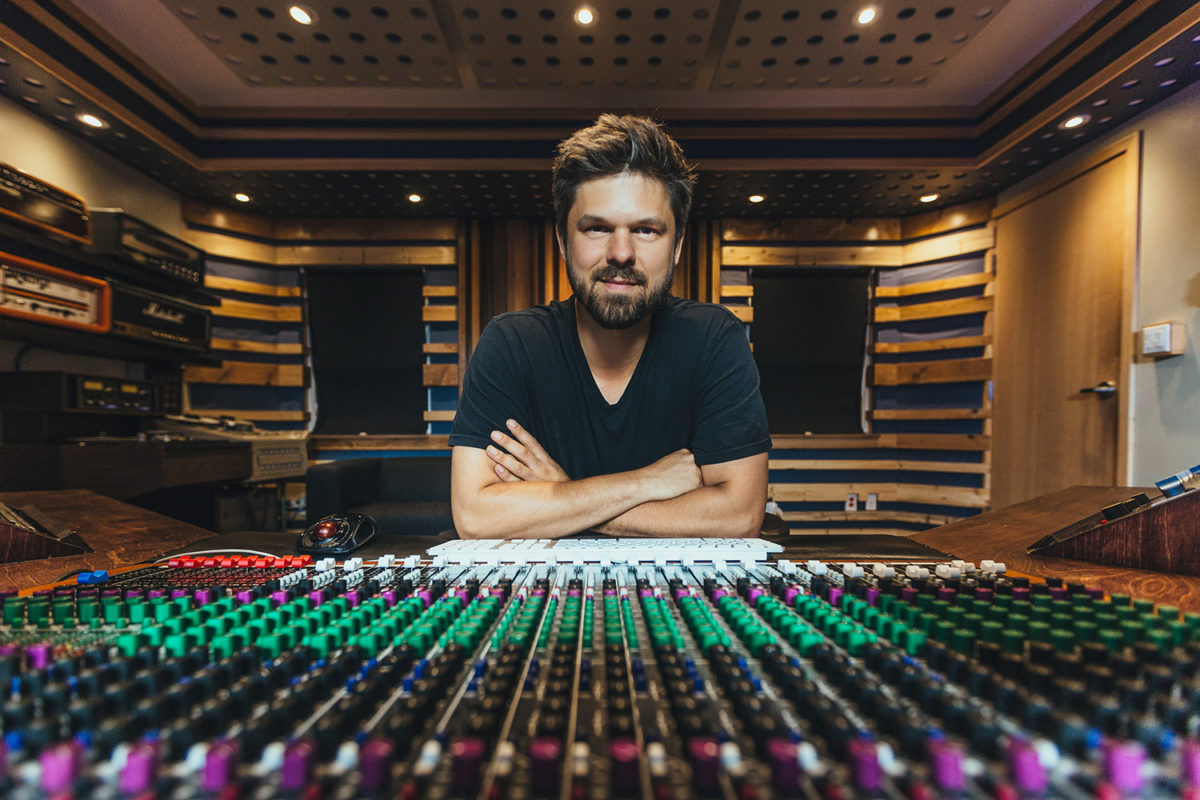 Kaj's passion for music is equal only to his passion for producing and recording music. After graduating in the top of his class from the Art Institute of Vancouver in 2007, Kaj began producing bands and quickly realized he wanted to own a studio of his own. After a few years of hard work and savings he joined forces with Matteo Caniglia and Kai Johnson to form Blue Light Studio.

Kaj has worked with some of the best musicians in Vancouver and continues to record and produce amazing artists in the studio today.

Check out the rest of the Blue Light Team

Who is Blue Light Studio?

Blue Light Studio opened its doors to the public in 2010. Since then we have had the pleasure of recording hundreds of of talented artists. Some of these include: JP Maurice, The Boom Booms, and Folk Roadshow, as well as international artists Boyce Avenue, and Carmen and Camille.

Check out the rest of the Blue Light Team

Have questions about your project? Schedule a phone call and we will guide you through the process

Prefer to send us a message? Fill out the form below so we have an idea of what you're looking for and we will get back to you shortly.